Today I want to talk about a fuzzy goal that I've had for some time but which has continued to elude me: the world engine. 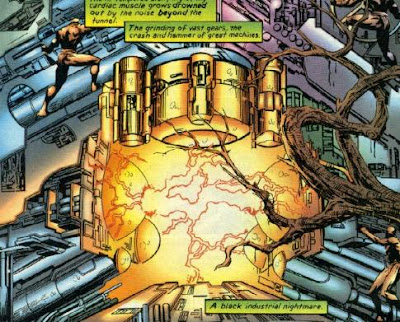 What is a world engine?

Word engines are systems designed by the referee that encourage a mechanistic sandbox, where the referee allows the dice to make decisions about what happens in their world, rather than simply dictating all decisions. World engines allow for an unpredictability at the table where the DM is as surprised as the players at the developments.

In the majority of games which I have encountered the game world is either a relatively static sandbox where the passive world is reactive to the players, only coming alive when directly interacted with, or a grand railroad where the world changes according to a pre-set schedule dictated by the referee. Only rarely have I seen anything which steps outside of this either/or proposition.

Easily the best example is Chris Kutalik's Hill Cantons, which I have been lucky to be a part of for over a year now. As the exemplar of dynamic sandbox play, I am going to spend some time looking at what makes the Cantons tick as I scratch around the edges of a 'worldengine' which can bring the sandbox alive.

In the Cantons the world can change in startling ways that neither PC nor DM can predict or altogether control. This dynamic approach to the sandbox has created some of the most memorable sessions I have ever had the pleasure of playing.

Although Chris keeps his cards relatively close to the vest, what I have gleaned from our after-game bull sessions have hinted at techniques which he employs:

Rising Tide of Chaos: The true nature of these charts remains a mystery to the players, but I understand they are related to the Engle Matrix Method and the article "Believe it or not, Fantasy has reality" from Dragon Magazine #40. What little is known is that there is a slider that moves along a track of Law and Chaos, indicating the relative stability of the Borderlands that sit on the edge of civilization and the weird. As the slider moves based on events which occur in the Cantons, they in turn change the landscape in a number of ways, such as revolts, passing of severe laws, monster incursions, etc. Not only all these events necessarily occur, however. Instead, there is an increasing chance of stranger and more dangerous events occurring as the slider moves deeper into chaos.

Triggers: Modifying the rolls above are player triggers which can greatly change the results. A number of these triggers are pre-built into the setting, where player actions in the dungeon can create cascades of unforeseen events. Two memorable example spring to mind:

The Golden Barge: A crashed bio-organic ship of Eld design, this immobile video/pleasure-dome was the tentpole dungeon for much of the beginning of the campaign. Once we actually reached the control console, however, the dice turned against us. When we next returned the barge had been retrieved by the Eld who towed it away with a cigar-shaped space ship. While the party was certainly discouraged by this development, it was also a revelation - this was a world that did not exist simply for us to plunder it, but one which reacted dynamically to our actions. 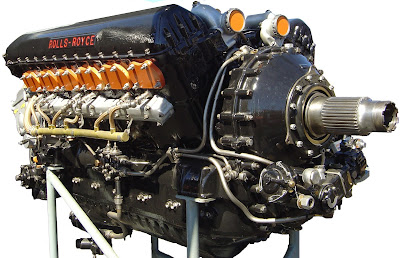 The Sleeping God: More recently we have spent quite a bit of time in Kezmarok, which he discusses at length in a series of posts on his blog. In essence, the decadent capital of a fallen empire is besieged by an army of extradimensional invaders and which is host to a vast undercity. While exploring one of the dungeons of the undercity we came across a perfectly preserved old man which could not be awakened. What we did not expect was that this dude was not only undergoing a transformation into godhood, but was at least partially responsible for keeping the invaders out of the city.

Dragging him back to town triggered some real danger as the invaders would become restless. Coupled with a few extreme dice rolls, the army at the edge of the city began to make a major push. Out of nowhere, our long-time home town suddenly faced complete collapse.

In the end, our party managed to gather a wide range of allies from the powers-that-be and led an army which has managed to stem the tide of the invasion. While the enemy has not been routed, we have managed to return things to the status quo.

Again, it is important to understand that this was by no means guaranteed, and our complete failure (and the destruction of the city) seemed extremely likely. It was only through player ingenuity and stupid luck that Chris didn't blow up his own campaign setting by simply allowing the dice to dictate events. This essential unpredictability has enriched the game tremendously, as not only do our choices matter but the world itself develops in an organic manner.

Next I will discuss two other examples of world engines for dynamic sandboxes: play-by-post games of the '80s and Crusader Kings before outlining a few models I have been tinkering with.
Posted by R Parker at 6:34 PM

Email ThisBlogThis!Share to TwitterShare to FacebookShare to Pinterest
Labels: theory 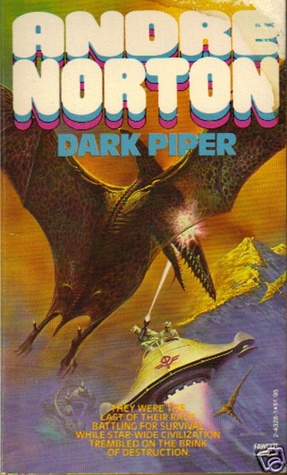